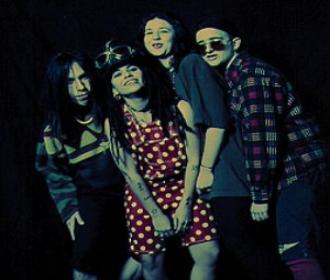 4 Non Blondes was an American rock band from San Francisco, California, formed in 1989. The group was formed by bassist Christa Hillhouse, guitarist Shaunna Hall, drummer Wanda Day, and vocalist and guitarist Linda Perry. Prior to the release of their first album, Roger Rocha replaced Hall on guitar, and Dawn Richardson replaced Day on drums. They hit the charts in 1993 with "What's Up?", their only major hit single. Perry left the band in 1994 to begin a solo career, and the remaining members disbanded shortly after.