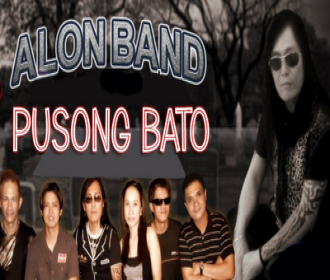 Renee "Alon" de la Rosa definitely believes he deserves the credit for the karaoke favorite not just because he composed the song but is also its original singer.

Singer Aimee Torres, however, is also claiming to be the original singer of "Pusong Bato," saying it was her father, Manuel S. Torres, bought the rights to "Pusong Bato" in 2003, which was then included in her album that was released that year.

"Pusong Bato" was re-released last year in Torres' CD dubbed "An Album for a Lifetime," whose cover includes the blurb "The Original Pusong Bato."

At the same time, Alon also re-released the song, which had become a viral hit on the Internet and soon became a favorite of Pinoys. "Pusong Bato" was revived by "Pilipinas Got Talent" winner Jovit Baldovino and included in the soundtrack of the hit fantasy series "Juan dela Cruz."