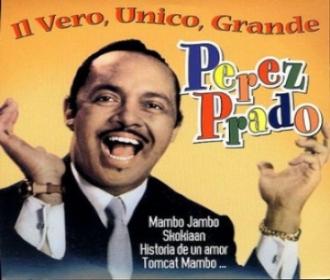 Dámaso Pérez Prado (December 11, 1917 – September 14, 1989) was a Cuban bandleader, singer, organist, pianist and composer, who also made brief appearances in films.
He is often referred to as the "King of the Mambo". He became known and professionally billed as Pérez Prado, his paternal and maternal surnames respectively.