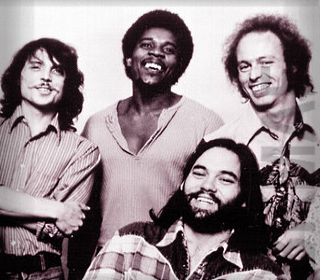 Little Feat is an American rock band formed by singer-songwriter, lead vocalist and guitarist Lowell George and keyboardist Bill Payne in 1969 in Los Angeles. George disbanded the group due to creative differences in 1979, shortly before his death. Surviving members reformed Little Feat in 1987 and the band has remained active to the present.